Re: Who was the Mujaddid of last century, Ahmed Rida Khan or Mehr Ali Shah Dec 10th, 2014- By Sayyid Amiruddin 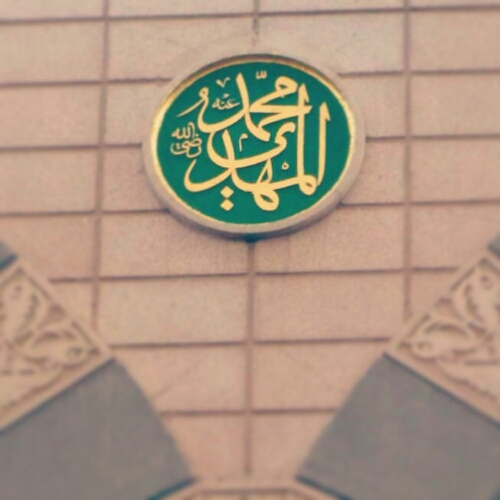 There is a debate among Muslims of the Sub continent regarding who the Mujaddid of last century was. While it is a good thing to try to identify the Mujaddid in order to seek out the main points of renovation in their teachings, it would also be just as important to seek a noble leader for this era as well. The following is my reply to the debate on the identification of the Mujaddid of last century between Muslims who follow the renowned Qutb Pir Mehr Ali Shah (b.1859) and the Hanafi jurist Ahmed Rida Khan Berelvi (b.1856). My opinion is the work of the Mujaddid must itself be of direct political consequences or that the Mujaddid himself an individual bestowed with undeniable political authority.

“…That was a very significant era which brought about a lot of change. The fundamental question is what is the role of the Mujaddid? If it is to revive Islam, then what defines Islam? According to our view, rooted in the hadith of Thaqlayn, the Mujaddid is a forerunner to the reforms of the Fatimid, al-Mahdi al-Muntadhar from the House of the Holy Prophet (S), Ahl al-Bayt. In light of the ahadith, the greatest reforms or renovations in the era of the Mahdi are political based on theological reformation and renovation of the entire Muslim world. Ibn Arabi said these reforms in that era will begin with the death penalty being pronounced on 70,000 Fuqaha by the Mahdi. Also, these reforms will directly result in a change of power dynamics in the Arab and Muslim world, granting the Mahdi of the Ahl al-Bayt absolute political and theological power, Wiliyat i-Mutlaqa, and to the House of the Prophet (S). As such, when looking for or to identify a Mujaddid, search for that person who empowered or equipped that cause most. The era of Pir Mehr Ali Shah and Ahmed Rida Khan was full of various reformers at different levels in society. Some created confusion while others did not. However, it is crucial to point out, during that era, significant change did come about. For the first time in 1400 years since the era of ‘Ali ibn Abi Talib and al-Hasan ibn ‘Ali ibn Abi Talib, there was in that era a Caliph from the Ahl al-Bayt whose name was being read in Jumah Sermons at the Grand Mosque at Mecca, Medina, and in Jerusalem. All of these following individuals were of one era. Sharif Hussein b.1854 d.1931, Ahmed Rida Khan b.1856 d.1921, Pir Mehr Ali Shah b.1859 d.1937, Said i-Nursi b.1877 d.1960, Ilyas Kandhlavi b.1885 d.1944, Hasan al-Banna b.1906 d.1949, Abul Ala Maududi b.1903 d.1979, Jamaluddin Afghani b.1839 d.1897, Osman Ali Khan, Asaf Jah VII b.1886 d.1967, Mawlana Abdullah al-Faiz ad-Daghestani b.1891 d.1973, Sultan Abdul Hameed II b.1842 d.1918. Is Islam and renovation of it apolitical or does the Mujaddid address political renovation as well? Each individual must answer this themselves and will probably have a different answer. For me personally, I believe the Awliya directly influence the political climate of their eras. As such, the Qutb or Aqtab (plural for Qutb) of that era were definitely very powerful and able to do what was almost not possible in 1400 years, even if temporarily.”

This entry was posted on December 10, 2014 by ASFC in Ahmed Amiruddin and tagged Ahmed Rida Khan, Mehr Ali Shah, Mujaddin.