Abundance is from Allah-Sohbet by Sayyid A. Amiruddin September 29th, 2014 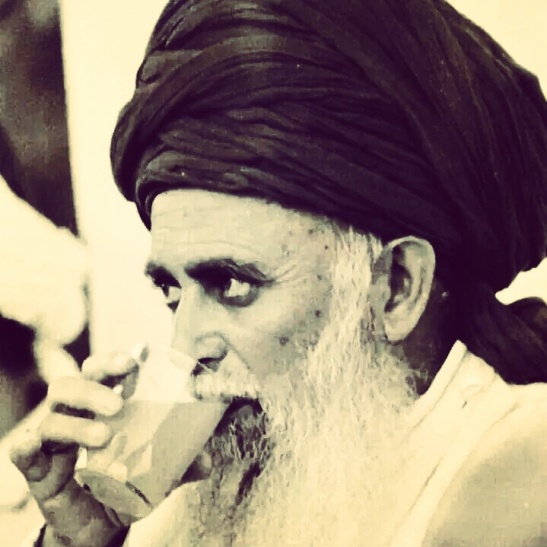 “You are Man who has been created honorable. Know your value. Protect your majesty. Don’t have any other job. Our job is to follow Shah Mardan. Our job is to walk on the path on which he steps.“-Qutb ul-Ghawth Mawlana Shaykh Nazim Adil al-Haqqani

His sallallahu ‘alaihi wa aalihi wa sallam‘s Mind is Nur and there is no other vehicle for the manifestation of the Irada from the Formless, Nameless, Indescribable All Thing, All Power to be known. 4:79 “Whoever obeys the Messenger has obeyed Allah…”. That is for all creation, and its formation, from its beginning, to its current and thereafter. You must then know, for the Children of Adam, there are no such things as obstacles if one wills something for themselves from within. Remind yourself of that. The Children of Adam possess phenomenal power. Nothing is kept from the Children of Adam. 02:31 “And He taught Adam the names of all things”. You are blinded by fear of those who are not supposed to be in power, tyrants, but 10:62 “Verily on the Awliya of Allah shall come no fear nor shall they grieve”. Think. Why are we asking for money that is paper? Paper is not money. Wa rizqukum fis samaa. Rizq descends from heavens. There are no restrictions on you to be abundant. 02:268 “Shaytan threatens you with poverty and enjoins you to be ungenerous, and Allah promises you forgiveness from Himself and abundance; and Allah is Ample-giving, Knowing”. Oil is free. Gold is free, emeralds are free, silver is free, fish is free, water is free, milk is free, eggs are free, fruits are free, vegetables are free….did Allah appoint Jinn or Angels, or Devils over gold mines, preventing us from taking what we want to our hearts fill? Humans have been mining gold for centuries before the invention of today’s satellites and radars. Take what you need He said, so He granted it for free, spreading it for you, without limit, everywhere for humans. But a great lie was told, told by the Great Liar, making people fear, and forget everything they work for was already placed on earth for them to consume, for free by their Lord. Why are we asking paper from liars who are doing their best to make us believe we need to pay for those bounties Allah laid out on earth for you for free? The root of the problem is tyranny. When those who are not supposed to be in power, take power by fooling people, you are covered in fear. In the era of Mahdi ‘alaihi salam people will be able to take as much gold, diamond, emeralds, rubies, silver, fish, water as they desire. The administration will be supported by Right Divine, on the pattern of Prophets. He will end poverty, which is only an illusion in the wrongfully enslaved mind. Why are you working today for things Allah already granted for free? He said, “I am working to build a cement, or mud, or gold house for my family”, but earth, gold, land, trees, stone, sand to make glass, fire, wood, cotton, everything was already granted to you to use, for free, on earth, We already granted Mankind that! One year’s salary on a rock Allah granted for free, placed on a precious metal Allah granted mankind for free? You are losing faith over groceries, milk and eggs, when they were placed on earth, eating free grass and grain, cows, and chickens, for you, for free. You’ve been had. Ask for Mahdi ‘alaihi salam and rule of those with Right Divine, or remain in the lock of wrongful mental slavery, thinking the painting of the sky in your cell is real.

This entry was posted on September 29, 2014 by ASFC in Uncategorized.