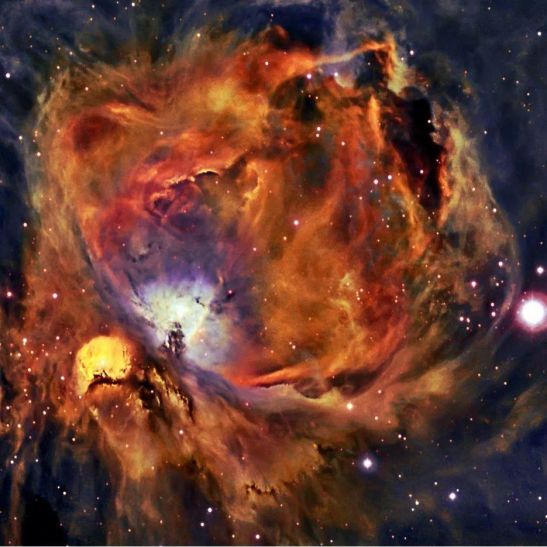 “May Allah protect us from falling into the hands of an oppressor. Don’t be a dhaaliman, oppressor or madhlooman, the oppressed. Soon inshaAllah the order will come down from Heavens, and as soon as He says, “Come out!” he will appear. Imam Mahdi ‘alayhi salam looks at the order coming from above…When he is making takbir, technology will be finished: ferries won’t be able to move and every machine that gives so much courage to people for that reason will be closed down. Their airplanes won’t fly, their tanks, artillery and rockets won’t move!…and behind him will be 12,000 chosen ones! If looking at them with such look, that person may fall down dead.”-Qutb ul-Ghawtb al-Sayyid al-Sharif Mawlana Shaykh Muhammad Nazim Adil al-Haqqani, Feb 16th, 2011

Know, the takbir of Sahib ul-Zaman is Sound.  It has the authority to finish everything.

Everything in the Universe, Creation, is “energy”. We refer to this energy as Light, Nur. Energy is in constant motion, directed by sound.  The Sound, or Song, the Great Symphony of the Universe, is Hamd, Praise.  Praise is HaMeem, Praise of the Most Praised One, because of which everything came into existence, beginning in the pronunciation of Hamd Muhammad, HaMeem, then the Iradah, and then “Kun“, Be! And it is.

33:56 “Verily! Allah and His Angels send Praise on the Prophet, O you who believe! send Praise on him, and salute him a thorough a worthy salutation”

Everything is in constant Praise of the Praised One, Hamd Muhammad.

Know, by continued recitation or specific words from the Qur’an, in Arabic; the language of Revelation, each with its own special vibrational frequency, we can do, by the Intercession of the Great Messenger, what those who reject him cannot.

Know then, the Awliya, who are the Aqtab among the Abdaal, received heart to heart knowledge regarding Sound.  Prayer, Awrad, Wird, which is a Sound, like Be!, is the weapon of the faithful.

With that conveyed to you,  I say, they ordered me tonight to advise our Mo’minin, our Ikhwan, all Muslims, to look to Hizb an-Nasr now.

They said, “employ it!”.  It contains, is coded, with the vibrational frequency, sound, generating energy, light, to ruin the enemies of Islam.  Use it on the Jewish State of Israel’s hostile military and government forces who hate Arabs, and Islam and those who show no mercy, who changed Islam after learning it, to take power and dignity away from the Arabs, from Muslims.

The Shadhili followers said, “Hizb an-Nasr was recited against Louis IX, King of France, who led  the combined armies of the Crusaders with the desire to bring down and subdue Islam and Arabs and Muslims a final battle. The combined forces of the West were fully prepared to attack Egypt. The Prophet sallallahu ‘alayhi wa aalihi wa sallam spoke to his grandson Abul Hasan ash-Shadhili in a dream and transmitted the prayer to him spiritually. King Louis lost despite superior military power and he was captured in the battle along side with many of his generals…So powerful was it that the French President had to issue an order banning its recitation from the mosques…”

All Mo’minin are now free, with Ijazah, from the Qutb, the Sharif, the Abdaal, as-Sayyid Abul Hasan ash-Shadhili, the descendant of al-Hasan ibn ‘Ali, to gather in groups in their places of worship, in Masjids, in their Tekkes, in their Zawiyas, in their Dargahs, everywhere, anywhere, and recite this Hizb on the infidel enemies who have terrorized the people of the Prophet Muhammad sallallahu ‘alayhi wa aalihi wa sallam, the Arabs, Muslims, Iraqis, Palestinians, Syrians, Libyans, Tunsians, Egyptians, and others in their homes for over 80 years!

Recite it now.  We are not afraid of the Jewish State of Israel,  and its protectors who have terrorized Muslims, demonized Arabs, Islam, and our Prophet endlessly since the 1700’s because of envy.

There is permission to curse them now with Hizb an-Nasr.  Our Shaykh cursed them and they have been ruined tonight by his intercession from barzakh.

We do not need weapons.  We are Muhammadan, be Muhammadan.  We have Sound.  They do not, only whispers.

Use it, the power of Sound, in Hizb an-Nasr, now oh believers, whoever can, and see how Noah used prayer, Sound, to drown the entire planet, not leaving a single disbeliever in him on earth thereafter.  Sound.  It is a great power granted to the Nation  of the Prophet sallallahu ‘alayhi wa aalihi wa sallam.

They advised, say, read Hizb an-Nasr on the enemy of “Gazzat Hashim”, Gaza, read it daily in groups.  Reach high numbers, so they are brought to low numbers where every obstinate tyrant belongs.

If you cannot, then read Bismillahir Rahmanir Rahim 1000xs daily against your enemy.

All devils will be destroyed from tonight.  It is the Night of Power.  We have Power.  Islam has power.  We have Sayyidina Muhammad and the Ahl al-Bayt.  We have the Companions, we have the Qibla,  we have Al Madinah, and Al-Aqsa. Islam is up.  Kufr is low.  Finished.  Fatiha.

Glad tiding to the people of Arabia, and Arabs.  Glad tidings to Turks.  Blessings will also come to the Gulf, Iran will join us, not the other way around.  The Ajam will awaken too.  The snow is finally melting.  Islam and Muslims are up.  Kufr is low.  Fatiha.

I am not authorized by them to teach the method of Hizb an-Nasr’s recital individually or in groups.  Recite it in groups from tonight if you can.  Don’t waste your hopes on the infidels in the UN and others, who have even oppresed Western monarchies in the name of the fake Jewish State of Israel for centuries.

Approach and seek to learn from any authorized Shadhili teacher, even if you are a Naqshbandi or a Qadri, or other.

All Abdaal are under Shah-e Mardan’s shelter. We are all one. Keep your own way, but join their circles now to learn Hizb an-Nasr and its recitation method and read it in groups daily. Fatiha.