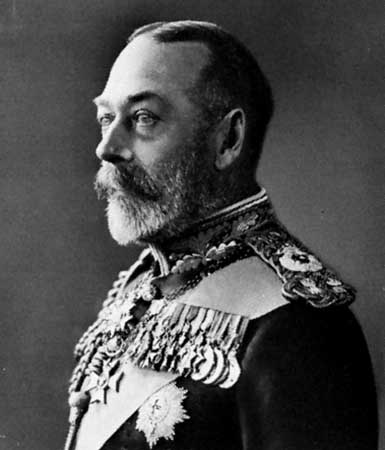 …Welcome to our beloved guests who are coming from long distances, from London. I like to live in London more than any other place…

I reached the silver jubilee of His Majesty, the King of England and Emperor of India, the late King George V, and I was granted a silver medal because I was the first in my class in elementary school. We were happy in those days that the British way of governing was always on top. I went east and west, north and south, throughout the Islamic and Christian worlds, I lived among Arabs and in America also, but I never found a civilization and governing methods like the British Empire and the Indian emperor, the late King George V. Then he passed away. He always had a beard that he never shaved and His Majesty also wore robes.

(Mawlana Shaykh sings British national anthem, “God save the King”.) He passed away and is buried in Westminster. Then, O my children, my brother, my daughter, my grandson, came the late Prince of Wales, Edward VIII, because his grandfather was Edward VII, the son of late Queen Victoria. He was with Lady Wallis Simpson and people said, “You can’t marry her because she is not from the royal family,” and he said, “No, I am leaving the throne and the crown, and I am marrying this lady.” SubhanAllah, glory to Allah, as He likes. He was asking to be the Duke of Windsor and to marry the princess.

Before World War II was King and Emperor of India, George VI, father of Her Majesty, Queen Elizabeth. George VI had a coronation and for that occasion I was also granted another medal…Then came Her Majesty, the Queen, and we respect her as she is a model of a modest queen. We are very happy and my birthday and her birthday are the same, April 21st. She became a queen and I became nothing! And I like Crown Prince Charles. May Allah Almighty grant to them from His endless Mercy Oceans. I am taking a little bit longer for a chance to be with you a little bit more.

His Majesty, the Prince of Wales, Prince Charles, knows something about me and is sending salaams to me. I pray for him to be honored in Eternity, just as he is honored here. I am happy with this book that you brought here (Harmony, written by Prince Charles). He has good understanding and is very intelligent. This book is a way of life that people have abandoned and have now fallen in endless troubles, miseries, problems, and crises. If people follow such a way (as mentioned in the book), not going against nature, but are friendly with nature, they will live an excellent and sweet life. However, since they left it, they fell down in endless problems, miseries, crises, and dangerous thoughts, making them like mental house people.

(…) It is a sign that your works are giving pleasure to you here and Hereafter, as well as that you are going to be with them. Goodness and heavenly gifts will come from you to people. Keep your way and try to be kind to everyone, because everyone is from one man and from one woman. From, http://www.sufismus-online.de/AdviceToMureedsInEngland