Artifacts from the Tomb of Tutankhamun: The Treasures of the Pharaohs 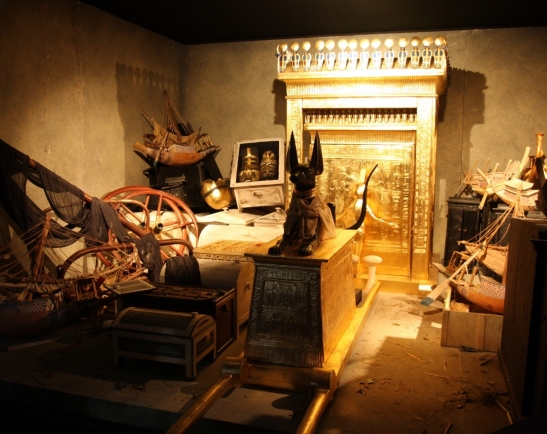 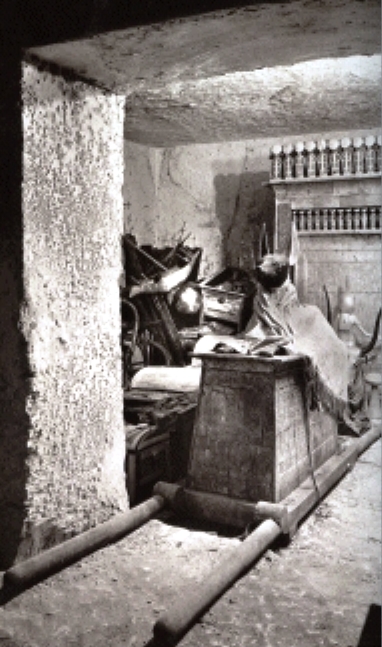 The original photograph of the Tomb of Tutanhkamun made by Harry Burton (1879-1940), who made the photographs at the opening of the Tomb of Tutanhkamun in the Egyptian Valley of Kings by Howard Carter and Lord Carnarvon in 1922. Burton was regarded to be the outstanding archaeological photographer of his era. Many of Burton’s photographs are in the archives of the Metropolitan Museum of Art. Notice the Ark placed here in the treasury. 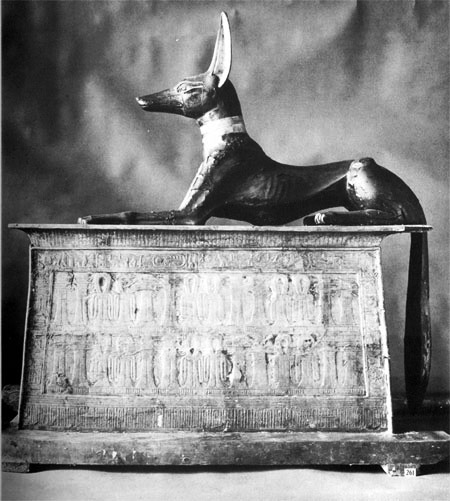 In 1922 in the Egyptian Valley of the Kings the Tomb of Tutankhamun (KV62) was opened by Howard Carter and Lord Carnarvon. Among the artifacts was a processional Ark, listed as Shrine 261, the Anubis Shrine. Almost immediately after publication of the photographs of this sensational archaeological find some claimed that the Anubis Shrine could be the Ark of the Covenant.

One comment on “Artifacts from the Tomb of Tutankhamun: The Treasures of the Pharaohs”

This entry was posted on January 20, 2013 by ASFC in Ahmed Amiruddin and tagged Ark of the Covenant, King Tut.