When the time arrives, there will appear a select group of individuals who are appointed to assist in implementing the mandate of the Master of Time (peace be upon him).  As such, do not waste your time trying to attack here and there, because this task is already divinely assigned to a selected group of individuals. Be patient, and steadfast.  Continue on the path through which the Creator and His Messenger (peace and blessings be upon him) remain pleased.

His army is full of youth.  Twelve thousand of them respond to the name Husayn.  Another twelve thousand of them respond to name ‘Ali.  When Mahdi (alaihi salam) shall enter Damascus, and call out the Takbir, “Allah is the Greatest!” Twelve thousand of these soldiers will approach from the West.  They posses supernatural abilities, and will be riding black stallions.  Everyone one of them will carry the Crown of ‘Ali, they will fight for the glory of the House of ‘Ali under the Mahdi.  Each one of these supporters of the Mahdi will be known by the (spiritual) name ‘Ali.  Their sign is they will be carrying the Dhulfikar sword, and when they draw their swords, they will appear as the flash of thunder in the darkness of the night.  These twelve thousand will be from the House of ‘Ali, from his bloodline.  They  will inherit supernatural power directly from ‘Ali, and will carry it.  And do you know how powerful Allah made the beloved ‘Ali?

I heard this from my Shaykh, Mawlana Shaykh ‘Abd Allah ad-Daghestani, and he said ‘if I inform you of something, you can be sure I saw it with ‘Ayn al-Yaqin (the eye of certainty).

‘At their front will be Hadrat ‘Ali, our Master’

…They resemble the beloved ‘Ali so much that when people see them, they all appear alike, and they would wonder if they are all ‘Ali himself, or others.  Allah is Almighty, and able to do all things.  This group of twelve thousand from the House of ‘Ali will appear, on the first Takbir of the Mahdi.  The hooves of their black stallions will not touch the earth, they will launch their attack on the enemies of the Mahdi from the air, while mounted on their black stallions.  You will see them flying.  They will defy gravity as do fighter jets.  They will appear to be flying and the hooves of their mounts will not touch the earth.  At their front will be Hadrat ‘Ali, our Master [07:48-07:58].

“Muhammad (S) is alive, and shall never die”

Great days are ahead for Islam.  If the enemies of Islam could see what days are coming, their hearts would explode, and they would fall down dead.  They will witness the meaning of real divine power then…

Please recite al-Fatiha for the soul of Shaykh ‘Abd al-Karim (rah), through whose efforts this crucial Suhbah of Mawlana was preserved. 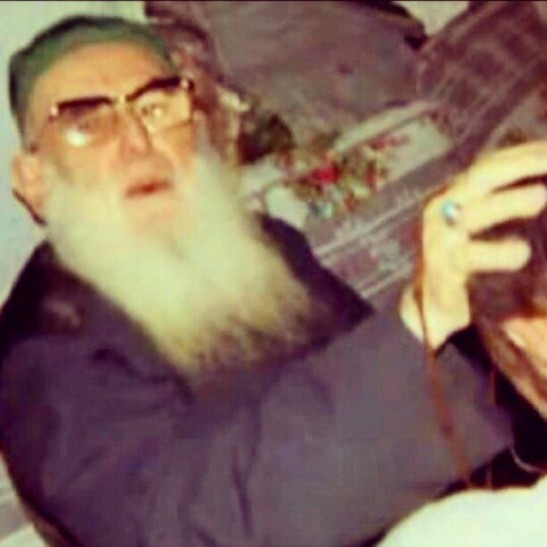