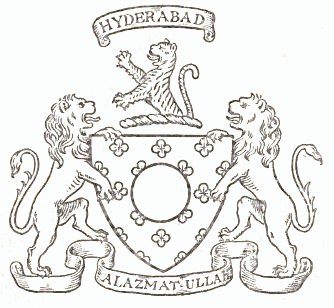 On page 59 of the book “Tulasī kī sāhitya-sādhanā: The Legacy of the Nizams”, published by the H.E.H The Nizam’s Urdu Trust Hyderabad, author   Lallana Rāya states the King, Mir Mahbub Ali Khan was also known to be a possessor of supernatural mystical healing powers.  Rāya writes ,

“Mir Mahboob Ali Khan was known to possess healing power for snake bite. With his spell, it is said that the venom of the snake would abate. It was his order that if anyone from the public had a snake bite, he could approach him. It happened a number of times when he was awakened from his sleep.

It is said that Lord Nawab Muneer uddin Khan Taluqdar who knew this spell, taught the mantra to Mir Mahboob Ali Khan. When a man suffered from a snake bite, the name of the Mahboob Ali had to be mentioned in these terms: “Mahboob Ali Pasha Ki Dohaee”. Then, the venom would not spread further, or in other words, the venom of the snake would abate. Hence, the name of Mahboob Ali Pasha, and the practice of spell of snake bite became famous throughout Hyderabad.” [Tulasī kī sāhitya-sādhanā: The Legacy of the Nizams by Lallana Rāya, published by the H.E.H The Nizam’s Urdu Trust Hyderabad, 2002. p. 59].

This entry was posted on March 22, 2012 by ASFC in Ahmed Amiruddin and tagged Asaf Jah VI, House of Asaf Jah, Hyderabad nobility, Nizam of Hyderabad, VII.