Re: Nad e ‘Ali – The Imaginary Call to ‘Ali – by Sayyid Ahmed Amiruddin 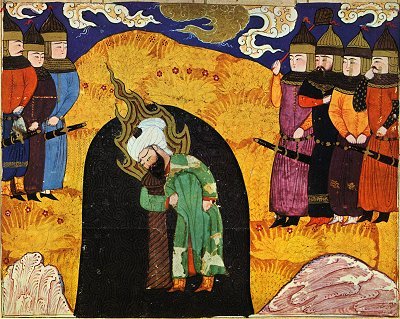 Furthermore, in the Shama i-Shabastaan of Imam Ahmad Rida Khan Qadiri, Sufi Iqbal Ahmed Nuri lists fifteen benefits of Nad e ‘Ali narrated by Imam Ja’far al-Sadiq on page 49 of volume 1 (Urdu), the fifth GrandShaykh of one version of the widely published Naqshbandi Golden Chain.  This establishes its recital as permissible, not limited to the Indian Sub-continent, and as a practice of the elders of the Naqshbandiyya, since Imam Ja’far al-Sadiq, Sultan ul-‘Arifin Abu Yazid al-Bistami, and Khwaja Abul Hasan ‘Ali al-Kharqani are all in the earliest generation of the Naqshbandi Golden Chain.

Ibn Asakir was a Sunni Islamic scholar, a historian and a disciple of the Sufi Master Abu al-Najib Suhrawardi.  In his book Tarikh Dimashiq (History of Damascus), he narrates from Imam Ash-Sha’bi who met and learnt from the Sahabah including – ‘Ali b. Abi Talib, Sa’d b, Abi Waqqas, Sa’eed b. Zaid, Zaid b. Thabit, Qais b. Sa’d b. ‘Ubadah, Qaradha b. Ka’b, ‘Ubadah b. Saamit, Abi Musa Al-Ash’ari, Abi Mas’ood Al-Ansari, Abu Hurayra, Mughirah b. Shu’bah, Nu’man b. Bashir, Jabir b. ‘Abdullah, Zaid b. Al-Arqam, ‘Aishah b. Abu Bakr, and many others, who narrated from Hadrat ‘Ali b. Abi Talib who said, “It is better for me than having the whole world’s weight in gold that someone’s wish is fulfilled by Allah through by my agency. This brings me a feeling of great happiness.” 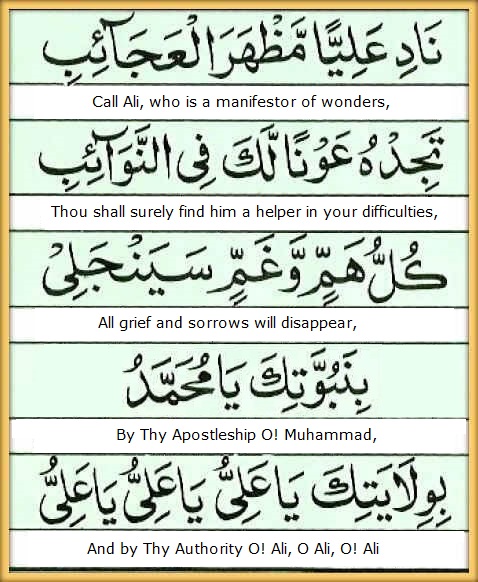