Last sultan gets a modern makeover 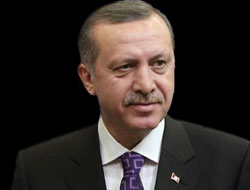 By Sami Moubayed
Tuesday, 24 August 2010 09:20
Over the past eight years, Erdogan has reminded Arabs that despite a very rough history, Turkish influence, and the Ottoman legacy as a whole, is not as bad as Arab history has labeled it.
For the past year, sporadic articles have appeared in the Arabic press debating the life and policies of Sultan Abdulhamid II, the last absolute monarch of the Ottoman Empire, who ruled from 1876 until forced to abdicate in 1909.

In TV soap operas or novels he was always portrayed as an autocratic despot who managed a wide array of corrupt Arab officials and a massive network of spies who reported directly to him behind the high walls of his Yildiz Palace in Istanbul. But a more balanced appraisal of his actions and legacy is emerging as Arab scholars revisit that period of their modern history.

In recent articles, plenty of light has been shed on the sultan’s refusal to sell land in Palestine to Zionists, prior to World War II. After turning down the offer, Abdulhamid famously refused to meet Mizray Qrasow, the Jewish banker who had offered to pay off the Empire’s debts and build a navy in exchange for the right to buy land in Palestine. Abdulhamid – according to the Arab and Turkish version of events – told one of his aides, “Tell those impolite Jews that I am not going to carry the historical shame of selling holy land to the Jews and betraying the responsibility and trust of my people!”

Once seen as the source of all things evil, Abdulhamid is now revealed as a farsighted ruler who suffered his throne because of his defiance of Zionist ambitions in Palestine. The passing of time has enabled scholars to quietly take a long hard look at their history away from emotional bolts of Arab nationalism. The warming of Arab ties under Turkey’s Prime Minister Recep Tayyip Erdogan, a man who very clearly is proud of his Ottoman past, has also contributed to this revisionist history.

On August 11, a mega-Arab TV drama depicting the life and career of Abdulhamid began airing on Arab satellite networks. Suqut al-Khilafa (Fall of the Caliphate) paints a rosy picture of the sultan and is a far cry from a 1994 epic, Ukhwat al-Turab (Brothers of Soil) which focused on the hardships, famine, torture, and arrests of the Ottoman Empire during World War I.

The handwriting for positive treatment has been on the wall for years. Two years ago, popular Turkish soap operas, with handsome men and attractive women, broke into Arabic TV, dubbed into Syrian dialect, bringing down decades of Arab stereotypes against Turks. Now comes Suqut al-Khilafa, an Egyptian work produced by Iraqis starring the popular Syrian actor Abbas al-Nouri as Abdulhamid. The Ottoman sultan is now portrayed as a warm, firm, charming and dedicated Muslim nationalist who had tremendous care for all his subjects, be they Ottoman Turks or Ottoman Arabs.

Meanwhile, Arab and Turkish scholars are debating – at forums and in private discussions – the past 10 years of the Ottoman Empire, reasoning that neither the Ottomans were 100% correct in how they dealt with the Arabs during World War II, and nor were the Arabs.

The warming of political ties between the Arab world and Turkey have indeed begun to reap serious cultural engagement. In addition to boosting trade with the Arab world and coordinating policies vis-a-vis Palestine, Turkey has lifted visa requirements with six Arab countries, being Syria, Lebanon, Libya, Morocco, Tunis and Jordan. Erdogan best described it saying that a “regional Schengen” system, similar to the agreement signed between European countries in Luxembourg in 1985, was now in operation.

Effectively, this makes Turkey and Arab countries closer to how they had been under the Ottoman Empire than ever before since its collapse in 1918. Over the past eight years, Erdogan has reminded Arabs that despite a very rough history – during the final decade of the Empire and ever since – Turkish influence, and the Ottoman legacy as a whole, is not as bad as Arab history has labeled it.

Erdogan has said repeatedly that he feels defending Turkish national interests is no different from defending those of Syria, Lebanon, and Palestine, given their common geography, history, social, religious and cultural proximity. Many of the finest buildings in Damascus and Beirut, after all, were constructed during the Ottoman era, and the Syrian capital’s great bazaar, al-Hamidiya, is named after Sultan Abdulhamid’s predecessor, Abdulhamid I.

So were many of the codes, laws of commerce and aspects of civil administration, which lasted well into the 20th century. The Ottoman influence on Arab language, heritage, music, and cuisine, cannot be ignored – despite years of attempts to write off any Ottoman influence as destructive to Arab culture.

With one or two exceptions, all those who lived the era of Abdulhamid II have passed on. But due to his commanding personality much is still known. The sultan’s son-in-law briefly served as prime minister of Syria in the mid-1920s, while members of his immediate family continued to commute back and forth to Damascus well into the 1960s.

Many family members of the sultan’s entourage, the Abids, the Azms, the Yusefs, went on to dominate Syrian politics up to 1963. Seeing the sultan on screen has sparked off a healthy historical debate on where to place Abdulhamid II on the spectrum of Arab and Muslim history. His image reminds both his admirers and critics that, whether they like it or not, Arab countries and Turkey are inseparable.