Sufism as Youth Culture in Morocco 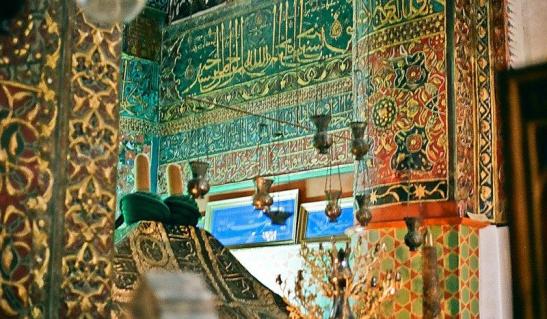 Morocco owes its image of a modern Muslim nation to Sufism, a spiritual and tolerant Islamic tradition that goes back to the first generations of Muslims and has sustained the religious, social and cultural cohesion of Moroccan society for centuries. Sufism provides answers to some of the most complex issues in the contemporary Muslim world, where youth comprise the majority of the population.

Most Moroccans, young or old, practice one form of Sufism or another. As a deep component of the Moroccan identity, Sufism absorbs all members of society, regardless of age, gender, social status or political orientation.

Moroccan youth are increasingly drawn to Sufism because of its tolerance, its fluid interpretation of the Qur’an, its rejection of fanaticism and its embrace of modernity. Young men and women find in the Sufi principles of “beauty” and “humanity” a balanced lifestyle that allows them to enjoy arts, music and love without having to abandon their spiritual and religious obligations.

Sufi orders exist throughout Morocco. They organize regular gatherings to pray, chant and debate timely topics of social and political importance, ranging from the protection of the environment and social charity to the war on drugs and the threat of terrorism.

Moreover, Sufi gatherings inspire young people to engage in interfaith dialogue, highlighting the universal values Islam shares with Christianity and Judaism – such as the pursuit of happiness, love of one’s family, tolerance of racial and religious differences, and the promotion of peace.

Combined, Sufi seminars, chants and trances provide millions of Moroccans with a social medium where the fusion of the sacred and the secular, the soul and the body, and the local and the universal is both possible and enjoyable.

I recently asked Ahmed Kostas, an expert on Sufism and director at the Moroccan Ministry of Religious Affairs in Rabat, why this old spiritual tradition is so popular among modern youth.

“Progress and change,” he noted, “are basic tenets of Sufi philosophy.”

Sufis distance themselves from fundamentalists, whose vision of Islam is a strict and Utopian emulation of the Prophet Muhammad and his companions, by placing great emphasis on the community’s adaptation to the concerns and priorities of modern times. Sufis neither condemn unveiled women nor censure modern means of entertainment. For them, the difference between virtue and vice is determined on the basis of intent, not appearances.

Sufism is so diffuse in Moroccan culture that its role cannot be properly understood if reduced to a sect or shrine; it pervades even those musical trends labeled as “modern” or “Western.” Rai, as well as Moroccan versions of hip hop and rap, may seem too earthly or too sensual to be associated with Sufism, yet they draw on Sufi poetry to sing the primordial essence of the human body, the virtues of simplicity, and the healing gifts of Sufi saints, such as Sidi Abderrahman Majdub, Sidi Ahmed Tijani, and Sidi Boumediene-spiritual masters revered by their peers and disciples for having attained spiritual union with God during their earthly lives.

The impact of Sufism on youth culture is more explicit in the lyrics of the urban band Nass Al Ghiwan and the Saharan Gnawa musicians. These two groups have profoundly shaped Moroccan popular music since the 1970s. Ghiwan songs, informed by the hippie style of bands like the Rolling Stones and Pink Floyd, inspire many listeners to a physical response called shatha, a Sufi word that Moroccans use for modern dance.

Gnawa musicians, the descendants of African slaves brought to Morocco between the 12th and 17th centuries, produce a similar effect. Their music is a mix of religious lyrics deeply rooted in the oral tradition of sub-Saharan Africa and melancholic melodies reminiscent of American jazz and blues. The Gnawa performance centers on a spinning body and a high-pitched voice, rhyming poetic verses with Sufi chants in Arabic such as “There is no god but God, and Muhammad is his Messenger.” These same words are terrifying when they come from the mouth of the terrorist, but lift the soul when they are sung by pious Muslims, Gnawa and other Sufi-inspired musicians.

Even Fnaire, the most recent hip hop band from Marrakech, identifies itself as a blend of Moroccan Sufi tradition and American rap.

In addition to Moroccans, thousands of young men and women from Europe, America and Africa flock to sacred music festivals organized every summer by Sufi movements throughout Morocco, to sing and celebrate their enthusiasm for life and their commitment to the universal values of peace. The scene at these festivals completely refutes the kind of image that extremists seek to convey to Muslim youth.

It is this fusion of Sufism and modernity that produces a unique aesthetic experience, which is attractive to Moroccan youth who reject extremism and uphold values of a shared humanity.

Mokhtar Ghambou is professor of Postcolonial Studies at Yale University. He is also the founder and president of the American Moroccan Institute (AMI). This article was written for the Common Ground News Service (CGNews). 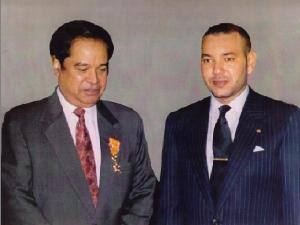